The biggest risk to business growth is the BOSS 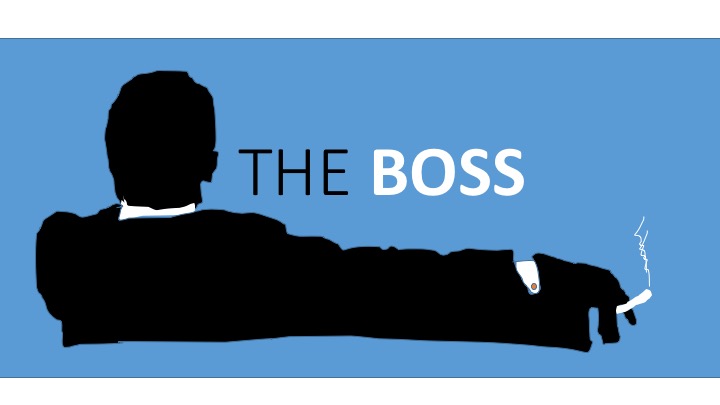 If you are the BOSS then pay attention.   Generally speaking, most bosses I meet want to succeed and they want their businesses to grow.  This seems very reasonable, given the alternatives; no growth, little success or complete decline.

Yet many businesses do suffer decline or no growth.   When I get a call it usually starts with “we need more leadership…..”  and this logic again sounds reasonable, “ If we had more managers who could step-up we would have more strategically important problems solved.”

There is nothing wrong with this assertion.   General idea: If we give managers new skills, feedback and develop their self of awareness success will follow.  WRONG!

If we do these things and then give them a new management environment to work in, success would have a real chance.

So what is wrong the management environment?  The BOSS.

If the boss doesn’t change then the process of growth will be as stalled as it ever was.

When managers develop new skills that allow them to see the future differently it seems logical that they would need a space to share this new information. However, this is usually the first barrier they encounter.

Hey boss this is what I see…

If this is not listened enough, or dismiss their vision, the message is clearly that they are wrong or this is not valued.

When managers are helped to build their self-awareness they naturally notice limiting behaviour in others, including the boss. When this feedback is not welcomed the message is, “don’t share this information, this is for you not me!” Another opportunity missed.

When managers experiment with team building for their own team and the numbers are not where they should be, they often hear “wasting time on this team stuff, when the numbers are not good is focusing on the wrong priorities….”  When they don’t fight back this is silent feedback to you.

When you ask for feedback about your style and all you get is the usual platitudes you should know immediately that you have a problem.  People, your people, are afraid to give you feedback.  Whether its because you show your angry face or argue back to show them they are wrong and you know better; something you are doing is stopping the feedback getting to you.

Dismantle the madness of what you have heard.

When a manager develops their own understanding of the future they have taken the first step towards creating something that the Boss didn’t have to think up.  That translates into leveraging the intellect of each manager that reports to the boss.  This also translates into speed and innovation, to leverage and scalability.  This releases potential and increases engagement and empowerment.  CHOOSE NOT TO LISTEN AT YOUR PERIL.

When managers start to build their own management teams and experiment with leadership ideas, this is the only way for them to learn how to improve team performance and develop self directed teams.  Self directed teams are the epitome of high engagement and they foster both innovation and out-standing performance.  STOP THEM FROM FORMING TEAMS AT YOU PERIL.

Your feedback is as important to the health of your business as your blood is to your ability to sustain your own life.  Without real feedback you will not achieve the success that is available. You may post rationalize, I did the best I could do given the market, or no one could have gotten more from this business.  But the fact remains, if your feed back tells you nothing, then you have no blood and you will be missing vital opportunities.   FOOL YOURSELF AT YOUR PERIL.

As the BOSS you have a huge role to play in change.  The people that work for you know that you control their lives to some degree; the power you have over their employment is your greatest weakness.  Your second weakness is your positional power, they expect your approval and seek it out daily.  Third weakness; their need for “good’ relationships with you and their colleagues; the need for feeling safe and belonging is a strong basic human need and can not/ should not, be underestimated.

What should you do?

If you want more growth be prepared to begin by critically examining your own behaviour.  This means not focusing on your intentions. Instead, look at the results and ask; what are my usual patterns? and what could be candidates for change?  Be careful not to go down the rabbit hole of everything is wrong.  In my experience the changes you need to make are small subtle changes, such as, how you look when you are being told bad news, or information you don’t like.

I have helped hundreds of managers solve the Boss problem.  The solutions are rarely the same because the Boss is a unique role played by quite unique characters, who are neither stupid nor or they unambitious. The problem itself is complex and requires careful consideration.   If you want help all you have to do is make a call.